Frost Engineering & Consulting carried out multiple physical proof tests of various proprietary semi-trailer landing gear units at the client’s facility in Cincinnati and at the University of Dayton Research Institute’s (UDRI) “SMART Lab”. Since OSHA does not specify requirements for evaluating semi-trailer landing gears, the testing program was designed to meet as many of the requirements as possible of the American Institute of Steel Construction’s (AISC) Manual of Steel Construction. Each unit type was tested to at least 123 kips of total load (i.e., 60 kips per hydraulic jack), and as much as 144 kips of total load, which is approximately 5 times higher than the anticipated in-service load. The lone notable structural failure occurred with a test run on a pre-retrofitted unit in which the end of the topside cross-plate buckled atop a bolted connection plate. An identical alternate unit was retrofitted with stiffener plates and re-tested with improved results. Eccentric loading and sustained loading tests were also carried out to ensure the viability of these units in-field. The results were reported to the client in both narrative and graphical form, and the client refers its customers and potential customers to Frost’s technical report as proof of the viability of its product. 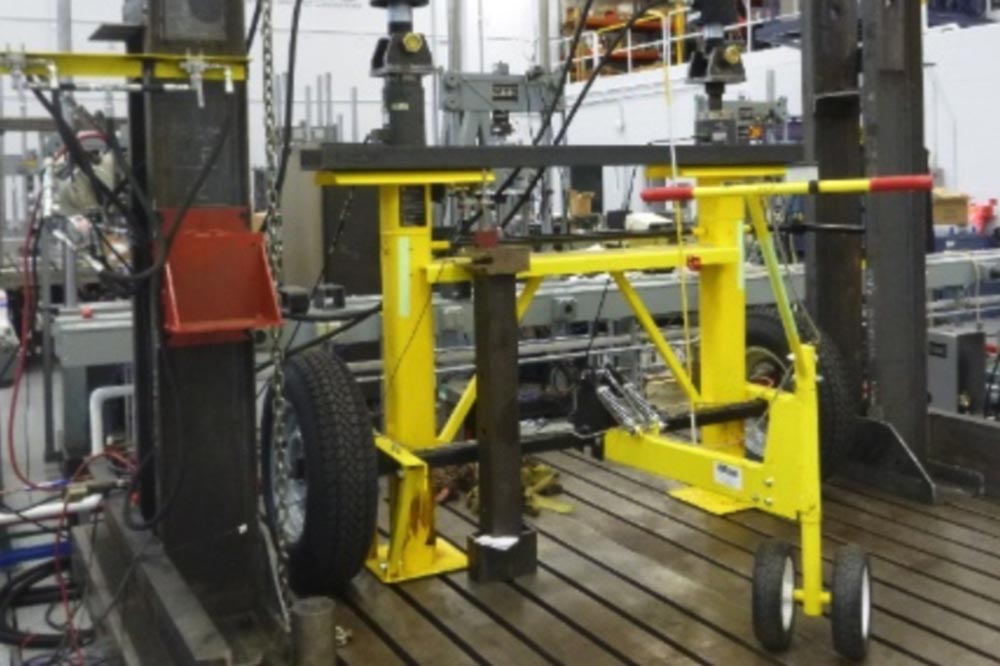 Reach Out
Go to Top